FROM STORY TELLING TO STORY SHARING

FROM VIDEO CREATION TO SHARING ON SOCIAL NETWORKS

The name « CoFlocs » is a pun on word deriving from the contraction of our two names: Florian (aka Flo) and Laurent (aka Lo), to which we added the French term “colocs”, meaning “roommates”, as we share the same flat.

We met in Paris in July 2012, at a party gathering backpackers and travelers from all over the world (French concept of “ApéroVoyageurs”). We share the same passion for travels, sports and adventures. Both natural-born entrepreneurs, we associated our competences and talents to offer our Brand content services.
We belong to GenY as we are digital natives, so the # hashtag is part of our daily routine. 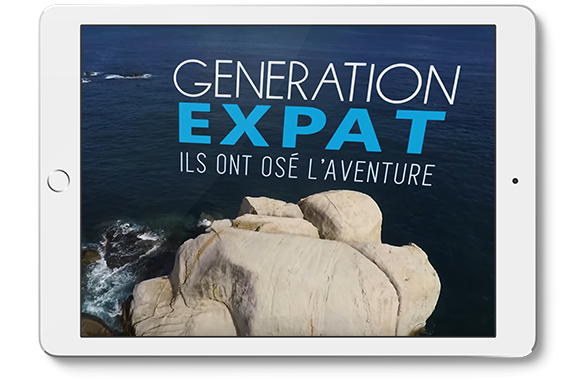 Ever since I was 16, and whatever sport I was practising (skating, mountain biking or skiing) I’ve always had a video camera in hand. After having passed my A-levels, I naturally chose to study a degree in film studies but not just from any university… Sidney University, Australia.

In 2010, I released my first film « OZ ta vie », which dealt with my life as a student and the « Backpacker » Australian way of life. It was hailed by fans and critics alike in many film festivals. After having spent 2 years in Sweden, and lived many other adventures around the world, I got my dream job in 2011, as I became “Mr Sybelles” : the official movie maker of a huge ski area, “Les Sybelles”, located in the Alps. In 2012, I landed in Paris and started on “Les Coflocs” adventure.

I graduated from a business school in Paris. Then, I lived and worked in the Netherlands, in Germany, and later in France. I worked my way up in an international company from marketer to chief executive.

In 2012, I left everything to go round the world in 60 days, and write a blog. When I came back, I naturally turned to entrepreneurship, so as to keep that feeling of freedom and boldness which had accompanied me all along my trip. “Les Coflocs” was born out of that attempt to combine my passion for marketing, image, travels, sports and adventure.

Powered by Convert Plus